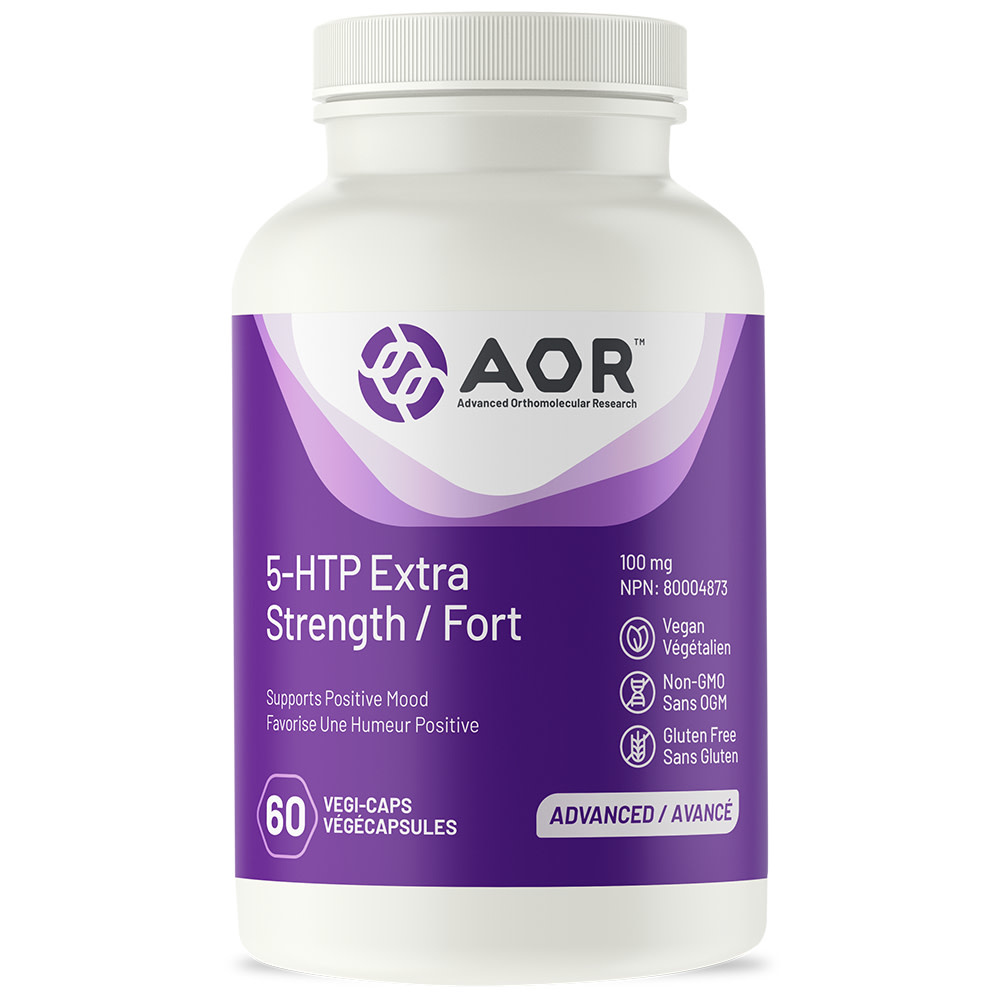 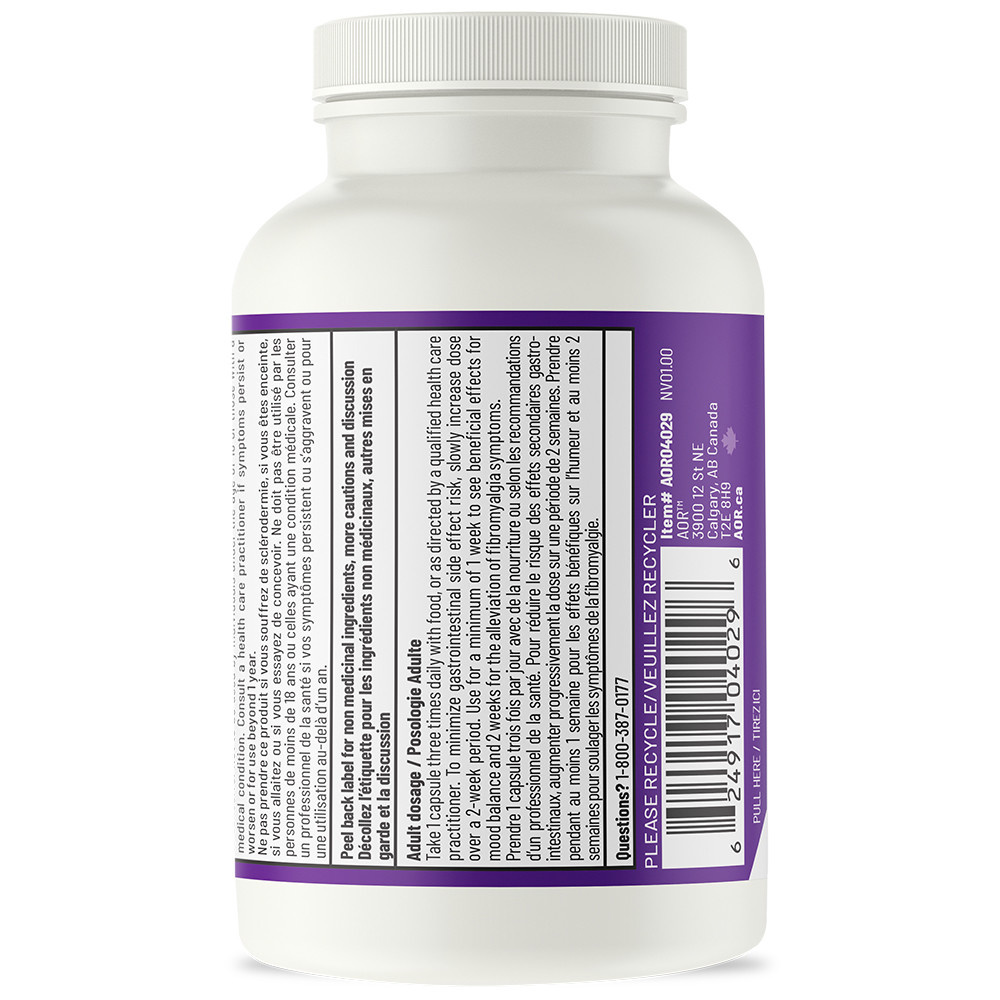 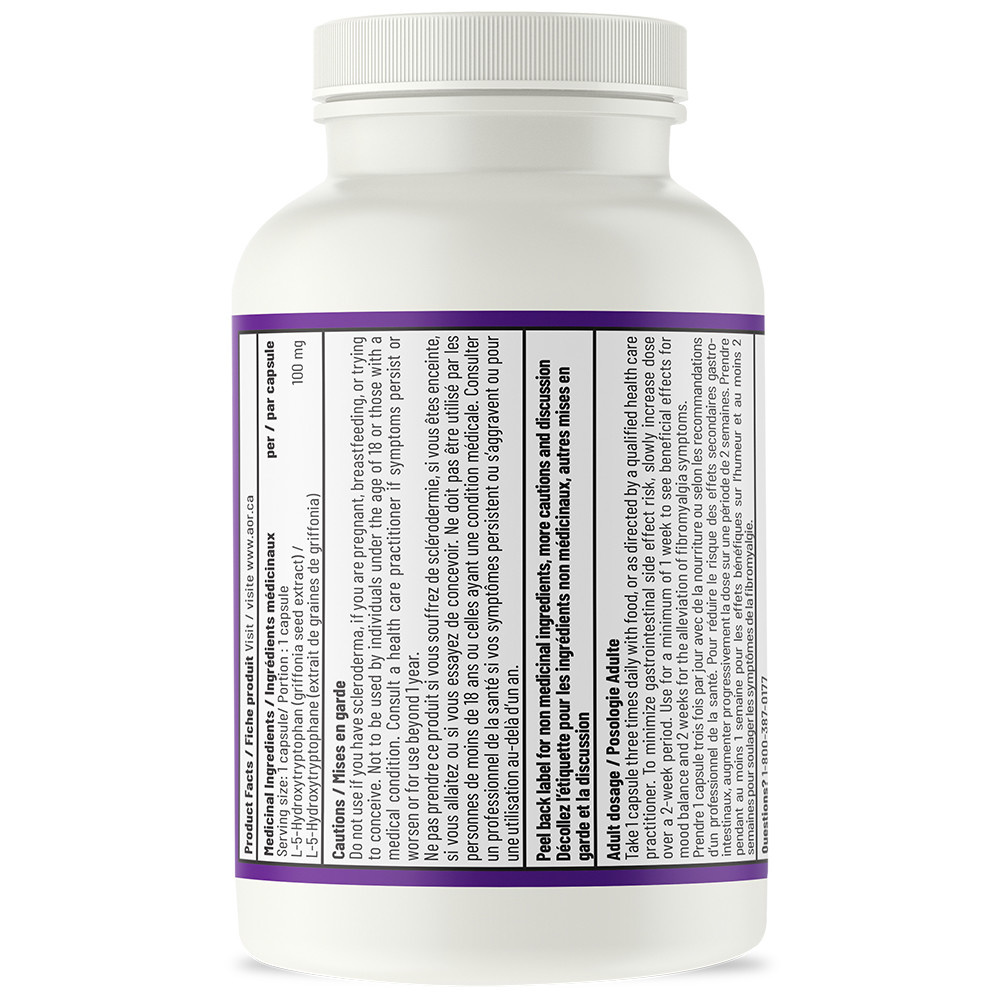 5-HTP stands for L-5-hydroxytryptophan, which comes from the amino acid tryptophan found in many proteins and the seeds of an African plant known as Griffonia simplicifolia. 5-HTP is primarily used to support mood through its ability to increase serotonin – the neurotransmitter associated with happiness – and the neurohormone melatonin. It can also be used for several conditions where serotonin is believed to play an important role.

5-HTP has been compared to various antidepressants and has been found to be as effective and faster-acting with fewer side effects. Since serotonin and melatonin are involved in regulating the sleep/wake cycle, 5-HTP can enhance sleep quality. Additionally, research supports a role for 5-HTP in reducing headaches and the symptoms of fibromyalgia. Several clinical trials with 5-HTP have confirmed significant improvements in symptoms associated with fibromyalgia including pain, morning stiffness, nervousness, and fatigue.

Ultimately, those who suffer with mood imbalances such as low mood and anxiety, or from migraines, fibromyalgia or sleep disorders may benefit from taking 5-HTP.

Take one capsule three times daily with food, or as directed by a qualified health care practitioner. To minimize gastrointestinal side effect risk, slowly increase dose over a two-week period. Use for a minimum of one week to see beneficial effects for mood balance and two weeks for the alleviation of fibromyalgia symptoms.

Consult a health care practitioner prior to use if taking carbidopa or drugs/supplements with serotonergic activity, including, but not limited to, L-tryptophan, SAMe, St. John’s Wort, antidepressants, pain killers, cough/cold medication containing dextromethorphan, anti-nausea medication or anti-migraine medication. Some people may experience gastrointestinal disturbances such as diarrhea, nausea, vomiting and abdominal pain. May cause drowsiness; exercise caution if driving or operating heavy machinery or engaging in activities requiring mental alertness. Discontinue use and consult a health care practitioner if you experience skin changes, weakness, oral ulcers, or abdominal pain accompanied by severe muscle pain. Do not use if you have scleroderma, if you are pregnant, breastfeeding, or trying to conceive. Not to be used by individuals under the age of 18 or those with a medical condition. Consult a health care practitioner if symptoms persist or worsen or for use beyond one year.

C$40.99
By using our website, you agree to the use of cookies. These cookies help us understand how customers arrive at and use our site and help us make improvements. Hide this message More on cookies »