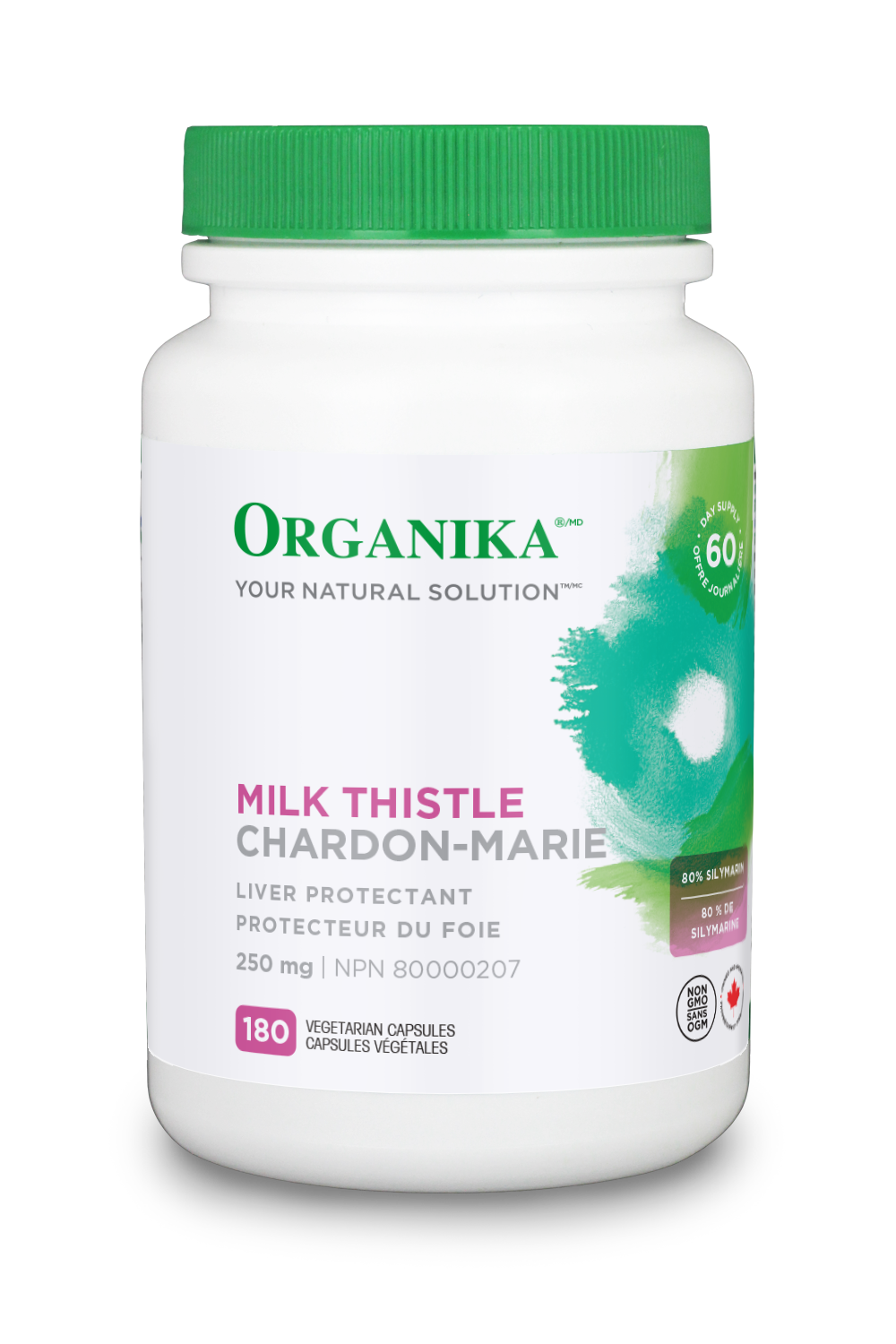 Milk thistle (Silybum marianum L.) is a member of the aster family. The name comes from the milky sap that emerges when the leaves are crushed or broken. It is a fairly typical thistle plant, which was originally found in Southern Europe through to Asia, but is now found throughout the world. Milk Thistle has been used traditionally in herbal medicine as an effective, yet gentle liver protectant. The flavonoid silymarin is the main active phytonutrient in milk thistle. It is found at the highest concentrations in the black seeds within the milk thistle flower. Organika’s Milk Thistle is an extract of the potent seed instead of the flower, which contains much lower quantities of silymarin.

Milk thistle and silymarin have powerful antioxidant properties, protecting your body from free radicals and lipid peroxidation that cause cellular damage and premature aging. It also can increase the liver content of glutathione, a powerful antioxidant we produce in the liver, by more than 30%. This means greater liver efficiency with respect to cleansing the body and eliminated toxic substances. It also helps improve digestion.

Silymarin is long recognized for its ability to help treat liver disorders. Organika’s Milk Thistle has a powerful effect on the liver, providing protection against the damage that medications, foods and stress do to overall health. It is also a protective compound against liver-damaging agents such as alcohol. Milk thistle supplementation has been clinically proven effective in reducing the damage of drug and alcohol-related liver damage, cirrhosis, fibrosis and environmental toxins. It can also protect from the damage of these challenges in the first place, allowing milk thistle to be a preventative in combating the daily stressors that your liver faces.

Take 1 capsule 3 times per day with a meal.

Use for a minimum of 3 weeks to see beneficial effects.

C$43.99
By using our website, you agree to the use of cookies. These cookies help us understand how customers arrive at and use our site and help us make improvements. Hide this message More on cookies »